Australian/American violinist and creator Simone Slattery, a 2019 Churchill Fellow, is one of the most versatile young musicians and performers of her generation, with a passion for music from a wide range of eras. Her performances nationally and internationally, on both modern and baroque violin, have received critical acclaim, and her compositions described as “stunning”.

After early studies on violin, recorder and voice, Simone began her formal violin studies at the University of Adelaide Elder Conservatorium of Music, graduating in 2009 with first class Honours (during this time she also sang with the award winning Adelaide Chamber Singers). She then took up residence in Melbourne for two years to study at the prestigious Australian National Academy of Music (ANAM), where she performed alongside artists including Anthony Marwood, Pekka Kuusisto, and the Eight Blackbird Ensemble. Simone has attended summer schools and mentorships in Australia, Canada, America and Europe, including: Australian Youth Orchestra programs, Yellow Barn Festival (USA), Domaine Forget Festival (Canada), The Britten–Pears Festival (UK)). Her mentors have included: Paul Wright, William Hennessy, Elizabeth Wallfisch, and Enrico Onofri.

In 2012 Simone undertook a residency at the Banff Centre in Canada, and from 2011 to 2014 was a Britten-Pears Young Artist, performing as concertmaster of both the modern and baroque orchestras. She is the recipient of awards and scholarships from the Winston Churchill Foundation, Arts South Australia, the Ian Potter Cultural Trust, the Elder Conservatorium of Music, and the Australia Council for the Arts; and in 2014 was a finalist for the prestigious Jumpstart Jr Organisation in Amsterdam. Simone was recently awarded a PhD in music performance with a Dean’s Commendation from the University of Adelaide, where she created editions and recordings of the little known violin works of Ernest Bloch.

In 2017 she co-founded the Ruby award-winning Bowerbird Collective, a musical duo that seeks to explore links between arts and science and to tell conservation stories using a multimedia performance platform. Details about their various projects can be found on the projects page of this website and at www.bowerbirdcollective.org

Simone loves her various violins (each with its own personality), her trusty suitcase, her family, friends, mentors, and incredible colleagues. She thinks her life is pretty great. 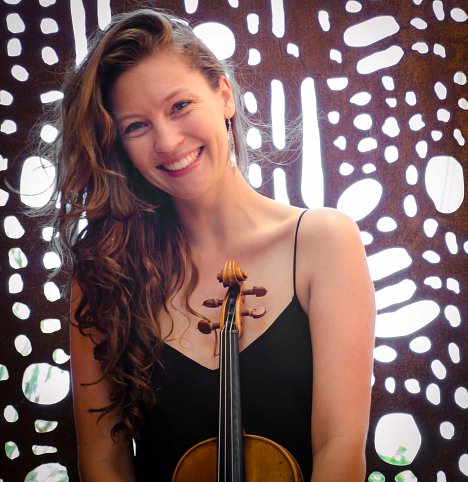 …a superb display of virtuosity by violinist Simone Slattery